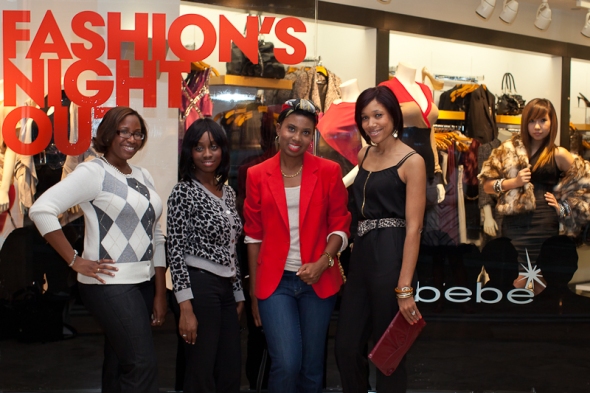 This past week was simply amazing! September 8th 2011 marked this year’s Fashion’s Night Out (FNO) in Atlanta and the start of Fall shopping. This was celebrated around the city with various events being held, most of the week, to get fashionistas excited about scoping out discounts during after hours shopping – as well as the debut of Fall trends. 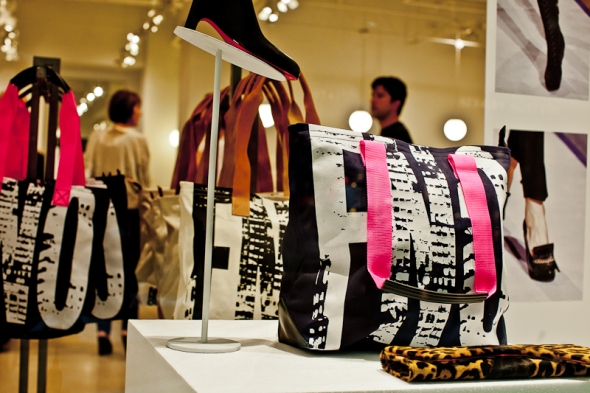 Retailers of all kinds participated in FNO, so AOM set out to see how each planned to celebrate this now annual event in Atlanta. 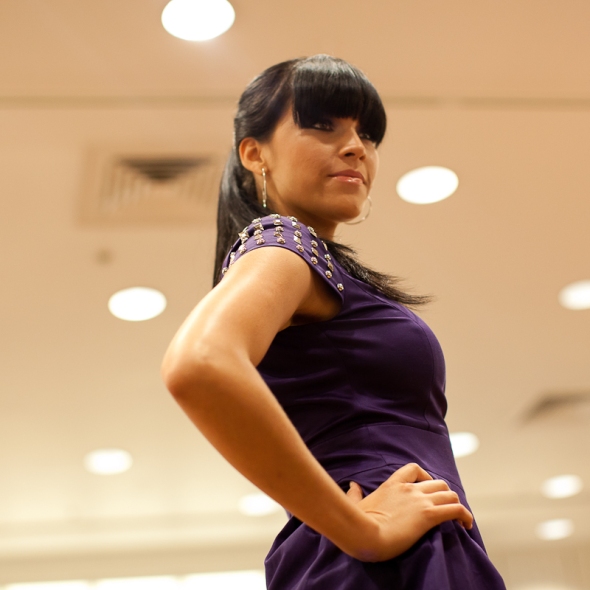 We started at the Sandpiper Boutique located in Vinings. Sandpiper is owned by Melissa Murdock, a member of the planning committee for FNO Atlanta – so it seemed logical to check them out. They have a vast array of styles from a long list of incredible designers. There’s something about being greeted at the door with a smile and offer of a glass of wine that just sits well with me. Melissa was busy with customers, so we spoke with Mendy (the Assistant Manager) and she showed us around the store and talked to us about Fashions Night Out. “FNO started in New York and it works there because of the large fashion market”, she explained. “It only seemed logical to try and get it here in Atlanta and we’re glad to have helped it come back for a second year”. So far, the boutique experience was leading the pack. 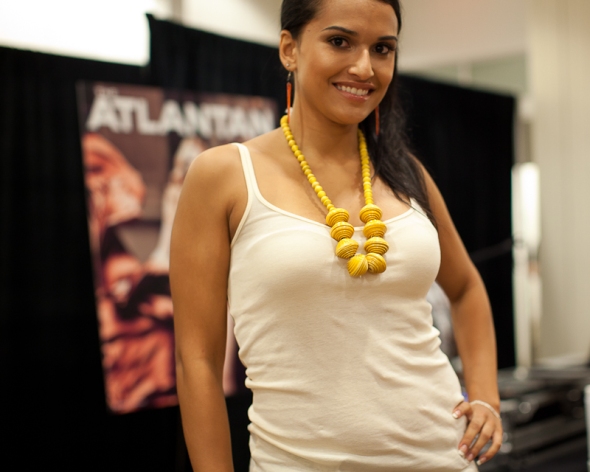 Next, we visited Jeffery Atlanta, in Phipps Plaza, where shoppers were again greeted with champagne, wine and hors d’ oeuvres. Select customers received mini-makeovers and enjoyed the pleasure of a mini “Photo Op” with models in the store’s display windows. Unlike the boutique experience we were unable to get still or video coverage – as Jeffrey is owned by retail powerhouse Nordstrom. Media outlets needed to obtain prior clearance before snapping photographs or interviewing customers and employees, due to strict media policies put in place for brand protection purposes. This was a big departure from the boutique stores who would allow coverage relatively easy. 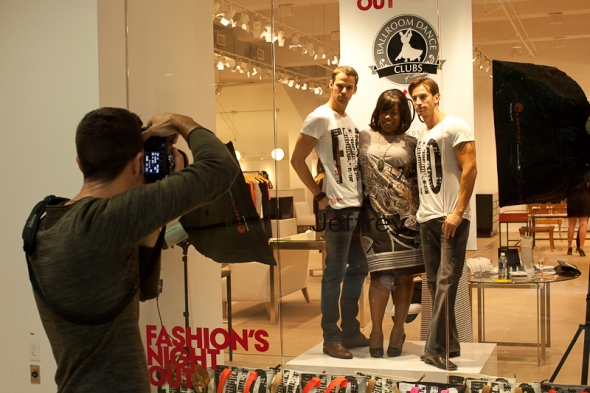 Bebe, another large retailer who participated in the event, actually posted live models in their display windows to showcase their Fall lines. This was quite entertaining, although the concept is not a new one. Monica Barnett, the General Manager of Bebe in Phipps Plaza, revealed that 2011 marked the first year that Bebe actually participated in the FNO experience. 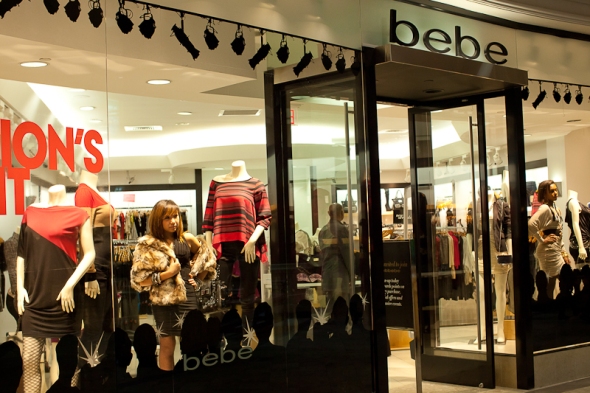 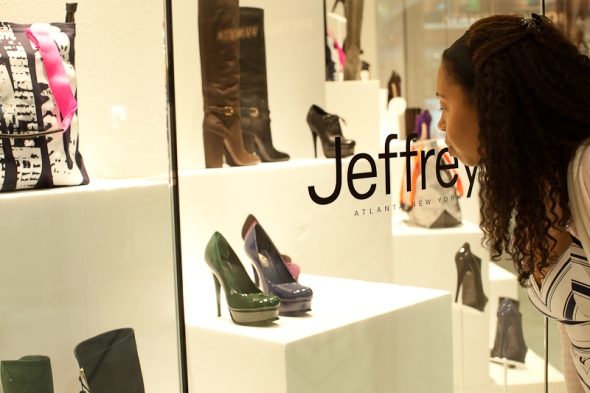 AOM's Karissa J. Parker peeking in on some pumps

Our final stop on the night was Atlantic Station. The site of the old Abercrombie and Fitch store, located next to Victoria’s Secret, hosted the multi-tiered event which included pop-up vendor shops. This concept enabled the opportunity to create a diverse mix of fashion related businesses, all within a single space. The place had been transformed into a runway show and party with cocktails, clothes, a DJ, and gift bags. Yes… Gift Bags! 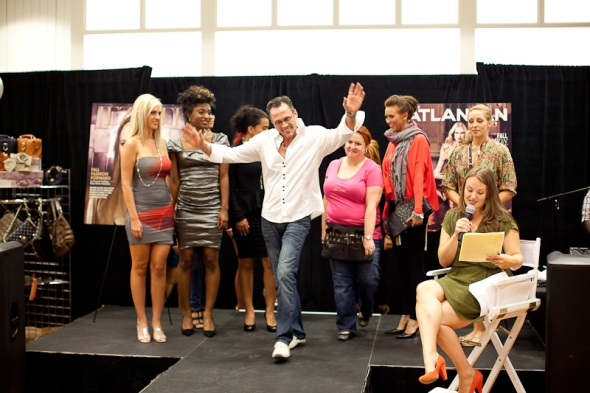 The highlight was the runway show, which featured different designers and companies, such as Yadiyda which retails beautiful African and Afrocentric designs. Yadiyda offered complimentary mini-facials, eyebrow threading and touchups right there on the spot. If that wasn’t impressive enough, they also offered mini-skin consultations. 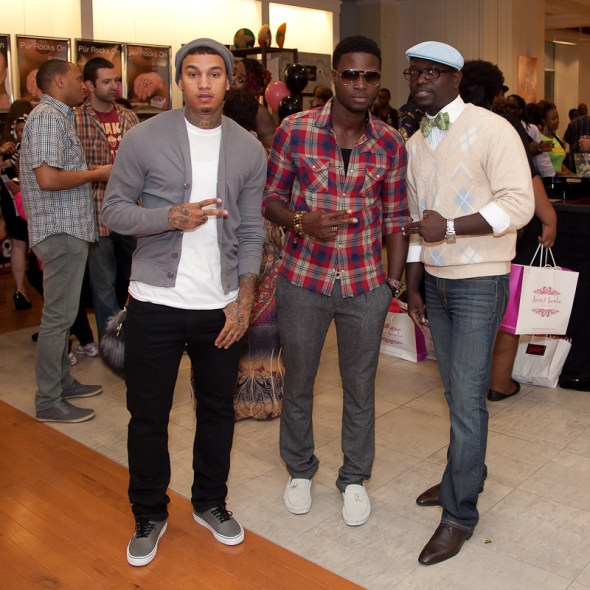 Among some of the many other vendors present was Sweet Samba, a body waxing and skin care spa. Chastity, one of the estheticians, told us about their brand and what they were bringing to FNO Atlanta. A definite plus for the spa is that they sell clothing which is relatively inexpensive and beautiful, too! 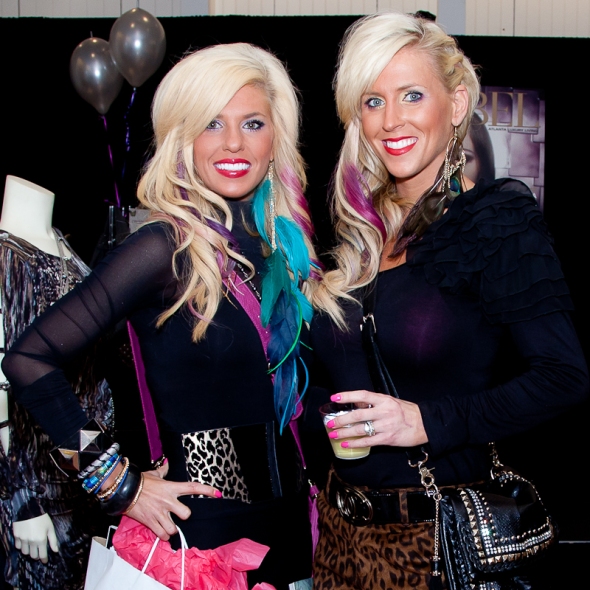 Overall, FNO Atlanta proved to be a great success in the places we visited. Atlanta fashionistas were out in full force and ready to shop ‘til they dropped. The fashion show was amazing and it was clear that retailers were definitely putting forth major effort to bring shoppers back into the stores during this recession.

Fall 2011 is turning out to be one chic season after all…but don’t just take it from me…check out more photos. Video highlights coming soon. Also, read about the Betsey Johnson Fashion Event during FNO week here.

-Karissa J. Parker and Jay Young for AOM & The HIGH UP. Photos by Jay Young.

The countdown has begun… Fashion’s Night Out (FNO) is back in Atlanta for 2011. At the public press conference, attended by Atlanta Mayor Kasim Reed and myriad personalities from Atlanta’s fashion industry, we learned this year’s global night of shopping, partying and spotlighting the role of fashion on culture and the economy will take place on September 8th 2011.

Says Mayor Reed, FNO is ” a local phenomenon” and “inspires consumer confidence.” With over 100 cities, worldwide, participating in the event, it’s becoming a global phenomenon. Reed joked that he took time out from “negotiating a 6.5 billion dollar deal” to give the attention to this event that it deserves.

Camille Love, Director of City of Atlanta Office of Cultural Affairs, shared some of the FNO Week activities which starts with a kick-off event which includes the likes of Tyson Beckford and Kenny Lattimore. Atlantic Station will host the kick-off event on Tuesday, September 6th 2011 and activities are planned across the city’s landscape until the culminating event on Thursday, September 8th. 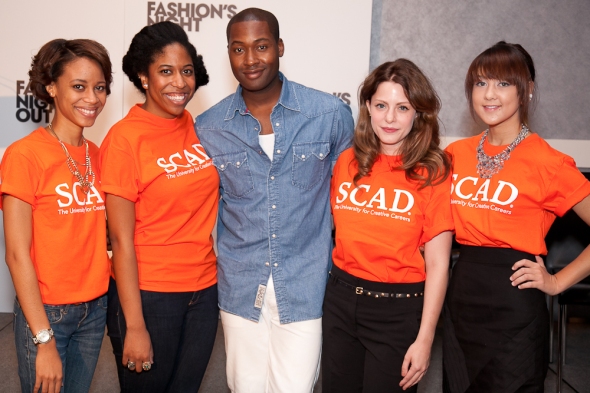 The FNO Atlanta event is a special occasion in that the city has fully endorsed it. Additionally, given there are several days leading up to the “big day”, we shall not only see a plethora of local celebrities, but international celebrities as well – a testament to Atlanta’s fashion appeal to the world.

FNO Atlanta will be a mix of brick & mortar shops/stores, pop-up street shops around the city (mainly in the Atlantic Station Area) and a host of events supporting the concept. Additionally, there will be activities running throughout the weekend, so get some sleep Monday and Tuesday… because starting Wednesday, it’s on!

For more information about FNO click HERE and for the Atlanta FNO click HERE. See more photos from the event at Aspire Online Magazine. 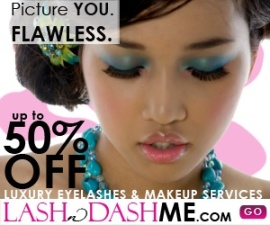 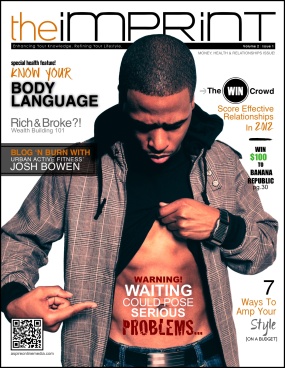 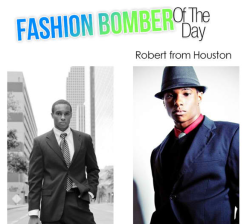